Rosetta Brooks, was born in Craven County, North Carolina. She moved to Brooklyn, New York in 1948. She has been married to Curtis Brooks for fifty-eight years (58 y rs.)

She attended public school and two years of college in North Carolina. She worked in the private sector for a few years.  Following that she was employed by the FBI from which she retired after twenty-five years of service with the Government.

“I do believe in God and the importance of being affiliated with the church. I joined Church at an early age.  I attended St. Andrew A.M.E. Church in North Carolina.  After relocating to New York I joined First A.M.E. Zion Church in Brooklyn, New York.  I am currently a member in good standing”.

She joined the Eastern Star forty-five years ago and became a Charter Member of Omega Chapter #21.

Royal 1Matron of Truth Court #I ,

Most Ancient Matron of Arthenia Court #2,

Most Worthy Grand Matron of Nefertiti Court #I,

“I love people and try to emphasize the importance of family. I encourage education for our children, family and our community. We must always put God first in our lives.”

The Meridian Supreme Royal Ladies, Ancient and Accepted Scottish Rite of Adoption, For the Southern and Western Jurisdictions of the United States of America, its Territories and Dependencies. In session, held in the valley of Brooklyn, New York on the 14th day of August, A.D. 2017, with the Grand Chapters of New York, hereby ordain and reestablishes the Adoption of The Meridian Supreme Royal Ladies of Adoption, with all the rights and privileges of the Royal and Exalted Degrees. For the Southern and Western Jurisdictions of U.S.A. Following the Constitutions of The Meridian Supreme Council AA SR FM and Grand Constitutions of 1786, as herein modified with the unwritten Principles and Landmarks of Freemasonry are the Laws Governing the Freemasonry of the Ancient and Accepted Scottish Rite in this Jurisdiction.

The Grand Orient of the Jurisdiction is at the vertical point under zenith 38d—53’—“17 North Latitude, at Washington, in the District of Columbia, with Incorporation in City of Springfield, State of ILLINOIS.

We aspire to aspire our members to always reach towards the pinnacle of life through, knowledge, humility and service, most especially our service to God, family and community. 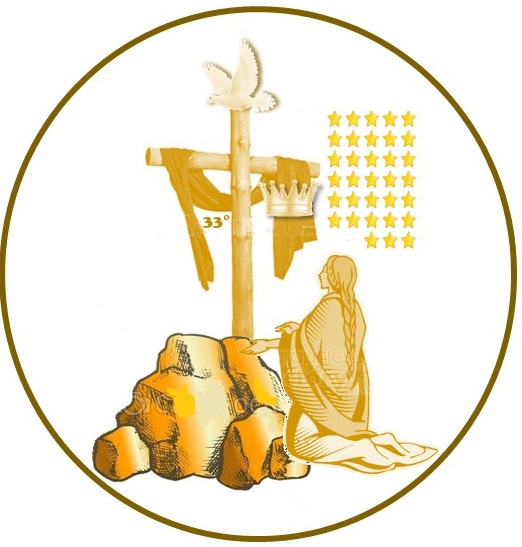