Saladin Imperial Grand Council: co-founder and member of Board of Directors

The Universal Supreme Council was organized in 1924 in Detroit, Michigan and incorporated in Washington, D.C. in 1926.The founder and first Most Puissant Sovereign Grand Commander was Ill. J.C. McKibbon 33 and the second Most Puissant Sovereign Grand Commander was Ill. James L. Johnson 33. The first Consistory was Mount Olive Consistory of York and Scottish Rite Masons located in Detroit, Michigan in 1924. The Universal Supreme Council stopped functioning in the early 1960’s and was reorganized in 2004 in Memphis, Tennessee and incorporated in 2008 in Illinois. The elect nine in 2008 were as follows:

The Consistories were as follows in 2008:

As a fraternal organization, the mission of the Universal Supreme Council of Ancient and Accepted Scottish Rite Masons is to enhance our communities by supplying leadership, brotherhood, role models, charity, and educational excellence. We strive to promote community service and improve the quality of families as advocates for social ethical, and spiritual values. ,

The vision of the Universal Supreme Council is to create and support an atmosphere that fosters a since of community and growth for our membership that reflect the Scottish Rite tenets, mentorship, and service to our community.

“Human progress is our cause, liberty of thought our supreme wish, freedom of conscience our mission, and the guarantee of equal rights to all people everywhere, our goal.” 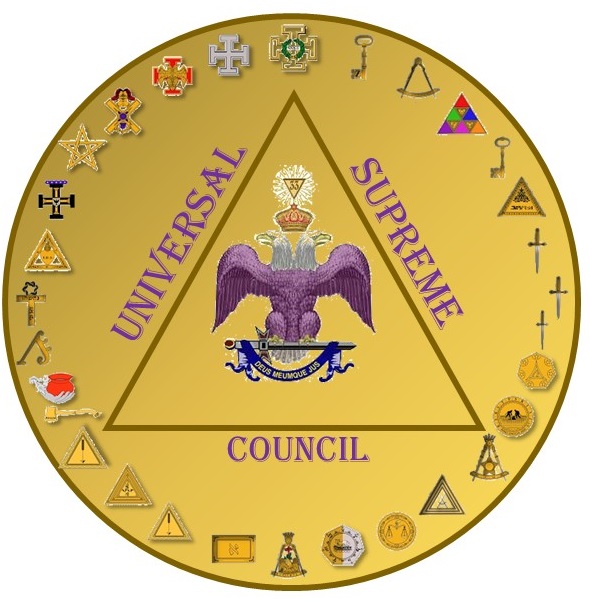 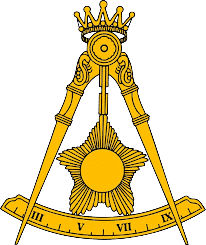 The degrees, the 4°-14°, styled the Lodge of Perfection, are called the Ineffable Degrees because their principal purpose is the investigation and contemplation of the ineffable name of Deity. The word “ineffable” means something that is sacred and should not be spoken. As used in these degrees, it refers to the belief of ancient Judaism that the name of God was not to be spoken. This concept forms a metaphor for the Scottish Rite teachings that all the essential qualities of deity are incapable of description in language. As we ascend the ladder of High Masonry, the three focus topics for this House will be, The Legend of Hiram, The Concept of Deity and The Lost Word. 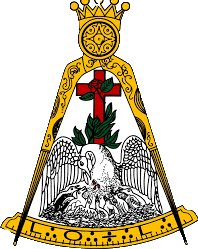 Though only four, the degrees of the Chapter of the Rose Croix, consisting of the 15°-18°, contain teachings that are very complex. The degrees are at once religious, historical, moral and philosophical. They consist of Hebrew history, Christian doctrine, compared with other revelatory religions of the ancient world; and the innermost meanings of the most mystical, and controversial, of all the books in the Bible, the Apocalypse, or Book of Revelations. 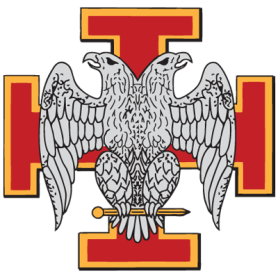 The degrees encompassed by the Council of Kadosh (Celestial City) are the 19°-30° and considered the Historical, Chivalric, Mystic and Philosophical Degrees. The degrees in the council are designed to explore further the moral, political and religious lessons taught in the Lodge of Perfection and the Chapter of the Rose Croix. I addition to reinforcing the moral lessons in the preceding degrees, the Council Degrees explain why morality and the practice of virtue are indispensable to the Mason. The political lessons within the council explain why intolerance, superstition and bigotry are the special enemies of human freedom. The examination of the widely varied religions of the world that occurs in the Council Degrees seek to explain as clearly and accurately as possible the nature of deity and the relationship between Him and man. 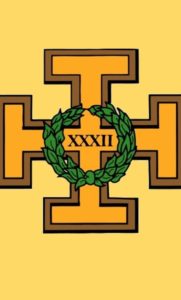 The Consistory Degrees are the 31° and 32°. They are very different in form and content. In these degrees, we learn the relationship between human law as a means of achieving justice and divine justice as an ideal. They ask us to judge ourselves in the light of this knowledge and the lessons in the preceding degrees. Symbolism in the previous degrees is given broader and deeper meanings in these degrees, as well as the origins of Masonic Truth – in the East!

The Knight Commander Court of Honour (K.C.C.H.) is an honor, which is bestowed by the Supreme Council on deserving brothers. It is, however, not a degree. Rather, it is a rank and designation. A brother may not request the Knight Commander Court of Honour. In order to receive the designation, a brother must have been a 32° Sublime Prince of the Royal Secret for a minimum of 46 months (3 years, 8 months), but typically the period is much longer. The Council of Deliberations along with recommendations from the Commander in Chief of the Consistory or Grand Commander in Chief of the Grand Consistory no minates candidates to the Most Puissant Sovereign Grand Commander for the honor. To be nominated, a brother must be recognized for rendering exceptional service to the Ancient & Accepted Scottish Rite, Ancient Craft Masonry and/or his community, based on principles espoused in the Scottish Rite Degrees. Upon his investiture, John Doe, 32°, becomes John Doe, 32° KCCH. 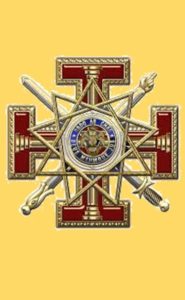 The 33rd Degree, or Inspector General Honorary, is conferred upon those members of the 32°, including the Knight Commander Court of Honour, who have been outstanding in their contributions to Freemasonry, the Scottish Rite, or who have shown in their communities the leadership which marks them as men who exemplify in their daily lives the true meaning of the Brotherhood of man under the Fatherhood of God. 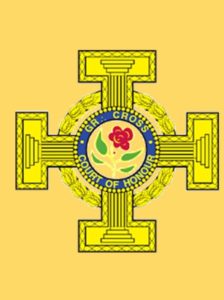 The Grand Cross of the Court of Honour is the highest individual honor of the Scottish Rite. It is very rarely bestowed upon Thirty-Third Degree Masons. The emblem of the Grand Cross sits on a white cap with a blue band and is made up of a Teutonic Cross resting on a wreath of gold oak leaves, emblematic of strength of purpose in the service of humanity and the Scottish Rite. In the center is a gold circular plate with a blue enameled border with the gold letters, “Gr. Cross Court of Honour.” In the center of the plate is an enameled crimson rose with green leaves on a white background. The red rose recalls the imagery of the 18th Degree, Knight of the Rose Croix, where the flower represents renewal, as a recipient of the Grand Cross is forever renewing his efforts to serve. 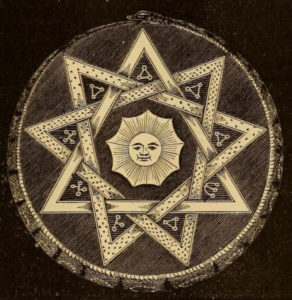 The nonagram or nine-pointed star is a symbol of Achievement, Completeness, Supreme Sanctity and also of Boundaries. It is composed of a Trinity of Trinities, so it also represents the utmost Sacredness. The nine-pointed star is the Revealer of Order in Chaos and Oneness.

The Kadosh de Heirdom or Holy Temple is that which the Grand Consistory represents. Its membership consists of Grand Inspectors General of the Order or Chiefs of High Masonry, Knight Commanders of the Court of Honour, Commanders-In-Chief, Thrice-Puissant Grand Commanders and Most Wise and Perfect Masters. The Grand Consistory is the bridge that connects the Consistory Degrees with that of the Thirty-Third Degree. It is a house of in-depth study of the ritualistic work, history, theology, law and administration of the Scottish Rite.

As Inspectors General, Knight Commanders and Sublime Princes, we entitle ourselves Kadoshim, the Holy; and those of us who are appointed to minister in holy things, should understand the value of Time, and how to be useful to arts or arms, to counsel in public, or to government in Masonry or our country. We should not do the work of the Order negligently and idly, but in honoring God and doing His work put forth all our strength, and learn the burdens and necessities of our brothers, and strive to lighten one, and, in our proportion, supply the other.

All things of weight and importance are to be done with due and grave solemnity, in evidence that we understand the importance of the matter which we have in hand. Solemn ceremonials are not empty pageants or vain shows. The coronations of Kings and the ordinations and inaugurations of Pontiffs require solemn and appropriate forms; and if any part of Freemasonry be real, and not all an idle show, the ordinations of those who are to govern in it should be great solemnities and actions of religion.